An interview with Victoria Kelly

Welcome readers!
I’m so excited to kick off what I hope will be a long series of interviews with military spouse artists. These interviews will give you a little information about some of our talented members and the work that they are doing. I encourage you to reach out after you’ve read the interview to connect with the artists, ask your own questions, and add your comments via the comments section below or on our Facebook page or group.
Here we go!
______________________________________
Victoria Kelly is an author, a poet, and a military spouse. I had the great pleasure of meeting her when I lived in Virginia. She is warm, open, and her enthusiasm is infectious. Two of her recent publications are When the Men Go Off to War, a collection of poetry inspired by her experiences as a military wife, and Mrs. Houdini, a story blendingmagical realism and historical fiction about Bess, wife of the famous magician Harry Houdini. You can check out her website http://www.victoriakellybooks.com/ for more information about her work.
And now a little more about Victoria in her own words…
MilspoFAN: Would you like to share anything about yourself, your family, or your role as a military spouse?
Victoria: My husband and I met at the Naval Academy Foreign Affairs Conference in 2004. He was in his third year at the Naval Academy, and I was in my second year at Harvard. At the time I had this idea that I wanted to study international law. My husband was the head of one of the discussion groups, about “Post-Iraqi Reconstruction.” I abandoned the idea of becoming a lawyer not long after, and post-Iraqi reconstruction is still going on, but I did get a husband out of the conference! We dated long distance for many years until finally getting married in 2009.
MilspoFAN: How has your role as a military spouse impacted your work as a writer- creatively, logistically, or otherwise?
Victoria: I love when people thank military spouses for their service, but in all honesty I feel very fortunate. Having a husband in the military means, for me, that I don’t have to work a traditional job, because we can support ourselves on his income, and we have family health insurance. Instead, I split my time between being a mom of two girls, and writing. My husband has also always been supportive of me; he is constantly telling me that my writing is not about commercial success but about creating art. I wrote for many years with a lot of rejection before I sold my first novel and actually got a paycheck. But being a military spouse also helps me deal with themes of great gravity. Every day, especially during deployments, we are dealing with the line between “normal life” and “life and death.” It helps remind me what is important.
MilspoFAN: Where did the idea to write a novel about Bess Houdini come from or evolve?
Victoria: This isn’t common knowledge anymore, but in the 1920s, after Harry Houdini died, Bess very famously vowed she was going to spend ten years trying to contact her dead husband. The whole world followed her attempts. She was more famous after Harry’s death than she ever had been when he was alive. People, as they are now, were desperate for proof of the afterlife. When I read this, and when I read that she was never successful in contacting Houdini, I was heartbroken. I wondered whether there was an alternative story there; what if Bess Houdini had reached her husband’s spirit, but for some reason she could not make it public knowledge? The novel came from this idea.
MilspoFAN: Is there anything about being a military spouse specifically that informed your viewpoint for this book?
Victoria: Yes! Mrs. Houdini, is at its heart a love story, as is When the Men Go Off to War. Both books are about making a marriage work for better or for worse. Harry and Bess Houdini had one of the greatest love stories of all time, in my opinion. And Bess had to deal with her husband’s complete devotion to his job, as many military spouses can relate to. The only difference was that Bess traveled with Harry everywhere; they were never apart.
MilspoFAN: Tell us a bit about some of the most important aspects of your process in researching and writing Mrs. Houdini.
Victoria: Here’s an interesting story, and it’s completely true: After Harry Houdini died, Bess contributed interviews to a biography about him that was published in 1928. The book quickly went out of print, but I tracked down an old copy online for a few dollars. I wanted to read about their relationship in her own words. When I opened this book to start researching, I found Bess Houdini’s signature on the front page! To me, this was encouragement to keep going.
MilspoFAN: What’s next for you?
Victoria: Right now I’m spending a bit of time working on a new collection of poems inspired by a historic hotel next to my house. Mainly I’m focusing on my next novel that, not to give too much away, is based on a military incident in the 1940s. As in Mrs. Houdini, there are glimmers of the supernatural. It’s a bit of a combination of When the Men Go Off to War and Mrs. Houdini, I suppose!
____________________________________________
Thank you, Victoria, for sharing your thoughts with us!
Readers, do yourself a favor and treat yourself to some of Victoria’s writing.
For now, let’s keep the conversation going!
I’m so curious!  What questions and responses do you have for Victoria?
Hampton Roads poetry Victoria Kelly writing
2
Previous Post
Next Post 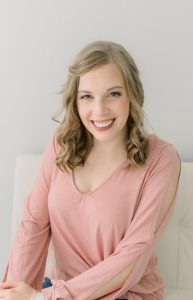 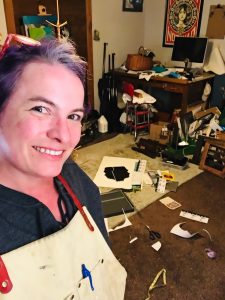 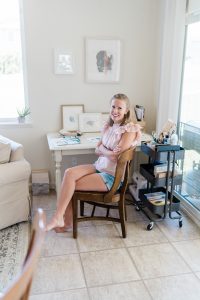