Catching up with Carrie Waller 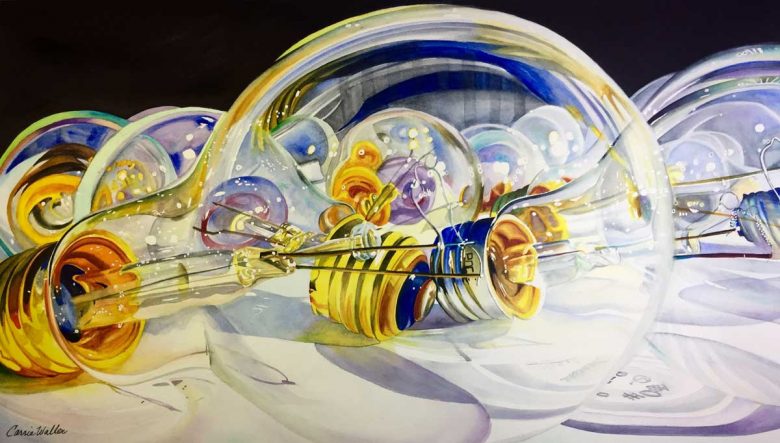 It’s been a year since I was interviewed and it has been a challenging year.  Being a military spouse and a mother certainly have their challenges but we were thrown some extra curve balls.  During my last interview, my husband was serving as an Air Force squadron commander in Japan.  In our squadron, there was the death of a young airman with a 9-month pregnant spouse and 2 weeks later a suicide, leaving a young wife and their 3-year-old son.  This was devastating to the families and the impact sent huge waves through the squadron and our military family compounded by our sister squadron having 3 previous suicides all within a short period of time.  It was such an emotional and turbulent time.

This, of course, impacted our family and it trickled into my artistic time.  As we were recovering from this as a squadron and family we got the news that my husband would be deploying for a year, which of course is emotional and a tough blow.  We are currently halfway through the deployment and my children and I decided to stay in Japan during the deployment, which has been great but also difficult being so far from family.  I did make a big effort to continue on my artistic journey and managed to participate in a group museum show at the Waterworks Art Museum in Miles City, Montana, with my art mentoring group WAM (Women Artists Mentors).  My WAM group includes Maria Bennett Hock who is a fellow mil spouse and was recently interviewed in October 2017 and 3 other amazing artists, Helen K. Beacham, Debra Keirce and Kim Minichiello.  I earned my signature status in the American Watercolor Society which was a huge goal of mine.  I have also been asked to exhibit as one of 20 American watercolor artists in the Republic of Colombia this Summer with the North American Watercolor Artist’s (NAWA) group. I am also gearing up for another museum show with my WAM ladies at the Courthouse Art Museum in Clarksville, Tennessee.

I did have the opportunity to travel during the year.  I visited the States for the first time in 3 years this summer and taught a watercolor workshop.  This is something I hope to focus more on in the future because I love teaching so much.  I also took a trip with my WAM ladies to Montreal, Canada, which is always fun to spend time with my creative sisters.  The boys and I also met my husband in Italy during his mid-tour R&R and we traveled to Venice and Rome.

This past year has taught me to prioritize and decide what truly brings me joy in life.  I made a decision to take a break from commissions while my husband was deployed for the year because they cause a lot of stress and to focus more on painting a cohesive series.  I have continued painting my lightbulb series and am currently taking reference photos for another series based on my time in Japan.  I hope to have several of this body of work painted for the upcoming museum show in Tennessee. 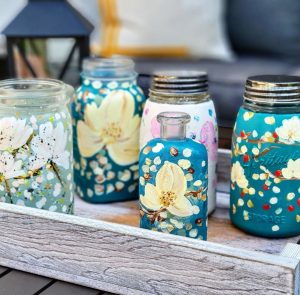 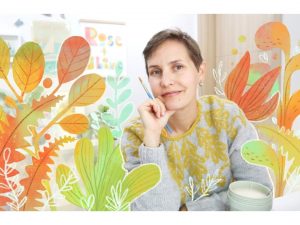 Grace, Goals, and Green Monsters: Catching up with Mirka Hokkanen 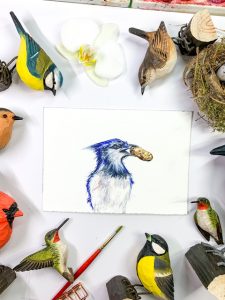 Catching up with Patrizia K Ingram: Impact of COVID in a good way