Catching up with Carrie Klewin Lawrence 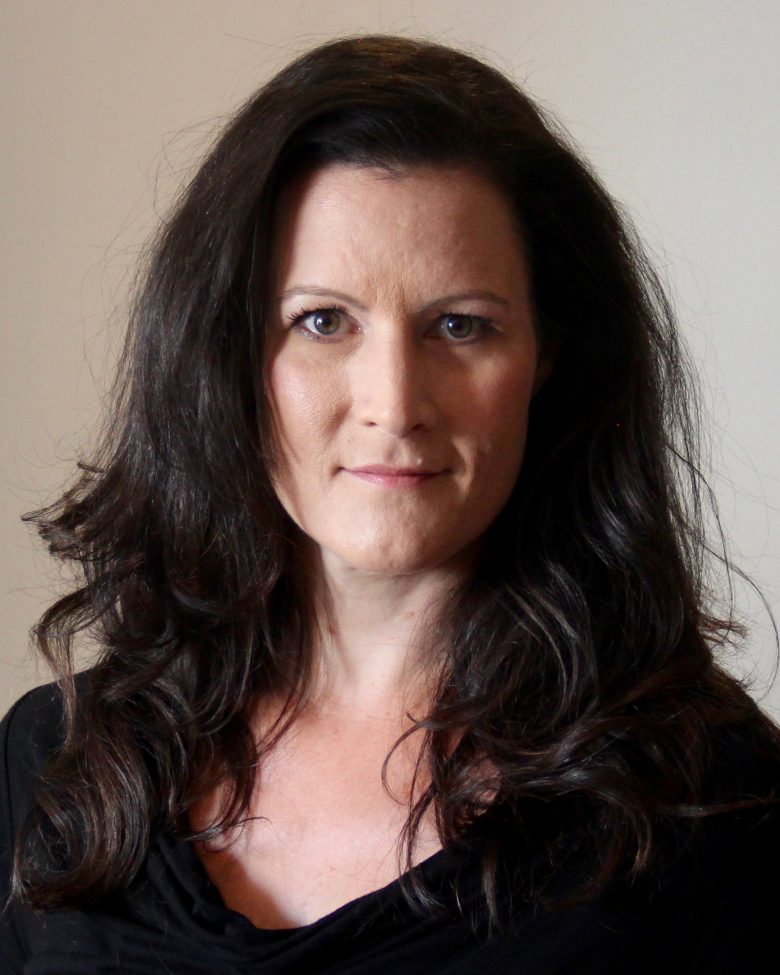 (To America, with Love…)

I’m sitting on my terrace, preparing to attend a fùtbol (of the World Cup type) match between rival attaché groups (Navy/Marine v.s. Army/Airforce). At the game, I will be sitting with Las Mafiosas, a group of women that represent about fifteen different countries. Each mujer with her own flair – we mesh like a stone soup – necessary but unexpectedly delicious. These are my good friends here. These are the people who are influencing the art I will create in the future. Their perspectives on the world, the way they see life, our America… Members of Las Mafiosas at Hard Rock Cafe in Madrid.

I’ve been half-joking that I’m on a forced sabbatical.

I can’t really pursue my main career while trailing my spouse abroad… Not the real heart-of-the-artist work. So I’ve taken a break from directing to… let my husband follow a dream job opportunity.

People will say that we’ve got it easy living in Madrid. But the truth is that it’s not easy to set a career aside that you have worked more than twenty years towards. It’s not easy to set aside professional relationships you have built to start over from scratch once again…

This is the third time I have lived abroad, and I have traveled… a lot. I’ve been abroad during many different political climates, and in many different stages of my life.

I had a lot of ideas about how living abroad would change me and my perspectives, but I really, really never expected to fall in love… with America.

It’s true what they say about absence and letting things go… We’ve been in Madrid for two years now. And I’ve never loved the United States more. As flawed and confused and emotional as we all are presently, I have never had more faith that we are going to figure it all out.

I’ve never thought of myself as terribly political. And yet… I have always been drawn to activism through art. When I was in high school I was part of a theatre group that toured local schools and Boal-style performed short plays about issues plaguing teenagers – drugs, alcohol, and teenage pregnancy to name a few. I was already a writer and director, and had a deep desire to affect change with theatre. The greeks would be so very proud… Since then I’ve developed a focus on socially conscious themes that aim to start conversations.

Lately, as a result of our diplomatic status and community here, I’ve been having those conversations sans the art.

I met my husband when he was just finishing OCS, barely six-months into his military career. For a long time it was a struggle, for me, to imagine my life balanced with his.

And then, as we were planning to get married, my husband was given the opportunity to become a Western European RAO/FAO. The possibility of living abroad motivated us to stay active in the military, and to dream of how a Marine and a temperamental theatre artist could both potentially thrive while continuing to serve a country they both love.

I often consider why so many people are successful at running marathons at older ages. I think it has to do with a mental readiness to commit to the long haul. To know that the effort is worth the pain and struggle. This comes with experience, and confidence, and faith. Our marriage is a marathon (I think we are still somewhere close to the beginning), and frankly, so is our relationship with the Marine Corps. Patience, persistence, and optimism. That’s the recipe, I think. The United States attachés accredited in Spain, and their spouses, at The Order of San Hermenegildo at El Escorial, June 12, 2018

So what has changed in a year?

You may recall that last year at this time I was basically on maternity leave. That youngest daughter just turned one, the middle one turned four, and the oldest is six-and-a-half. So there has been a whole lot of time focused on them this past year. Tiny theatrical productions have emerged in our household, and shockingly I was not even partially responsible… Well, not directly…

I did also manage to work in a couple of small projects.

I taught a class that was a partnership project between the illustrious Teatro Real and the International Institute about the American opera “Dead Man Walking”. An article I wrote about the class and how we would be examining the adaptation was published in a local magazine: https://www.teatro-real.com/assets/uploads/files/documentos/ad73fa1175b03fa121ec8bb48013e160.pdf

I’ll be published in an upcoming book of theatre exercises. Title TBA.

I’ve written articles for The Theatre Times. But not enough. https://thetheatretimes.com/interview-fanny-gautier-exito-madrid/

I have seen plays, opera, and other projects in Madrid. But not enough.

I have been teaching acting classes at a cultural institute for advanced North American English Learners. For the last session, we adapted and presented a short adaptation of Little Red Riding Hood, titled, “Traffic Light in Manhattan”. Actors at the International Institute of Madrid in “Traffic Light in Manhattan” – May 21, 2018

I also taught a Personal Branding course and several workshops for some very talented graduate actors at a local arts university called TAI (Transforming Arts Institute). They recently included me in a video about their International Staff Exchange program.

But first and foremost, I’m trying to absorb every moment of living here. Learning the language, traveling, enjoying the cuisine. That means other projects have been coming along more slowly than intended. I know that this is why people take sabbaticals. A re-charge. Time to step back, slow down, and look at things from new angles. This stage of the sabbatical has been all about enjoying the friends we have made from unexpected corners of the world. Recently, I found myself at a small dinner party with people from Russia, Mexico and South Korea. A special night I won’t soon forget with excellent company and delicious food in a beautiful garden. There were stories told that evening that had me crying with laughter. Considering the political climate in the US, I couldn’t get past the irony, and appreciate for a moment the very unique position we are in here, to break bread, have three cups of tea, and listen.

Not too long ago we sat in the grandstands at the ceremonies for the Order of San Hermenegildo waiting for the King of Spain to pass by, and later we waited patiently for a word with His Majesty, and a picture… I find the desire to make art growing stronger – something brewing.

There is no doubt, this sabbatical has been successful so far – and I am going to savor every minute we have left. Carrie and David at the annual International Attaché costume party in Madrid. 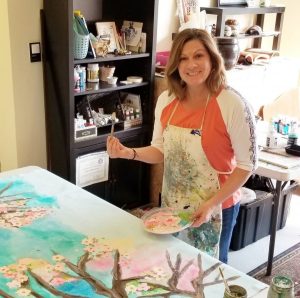 Catching Up with Christy Tremblay 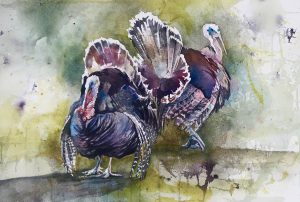 Catching up with Nancy Murphree Davis

Catching up with Patrizia Ingram