An Interview with Alexa Bonney 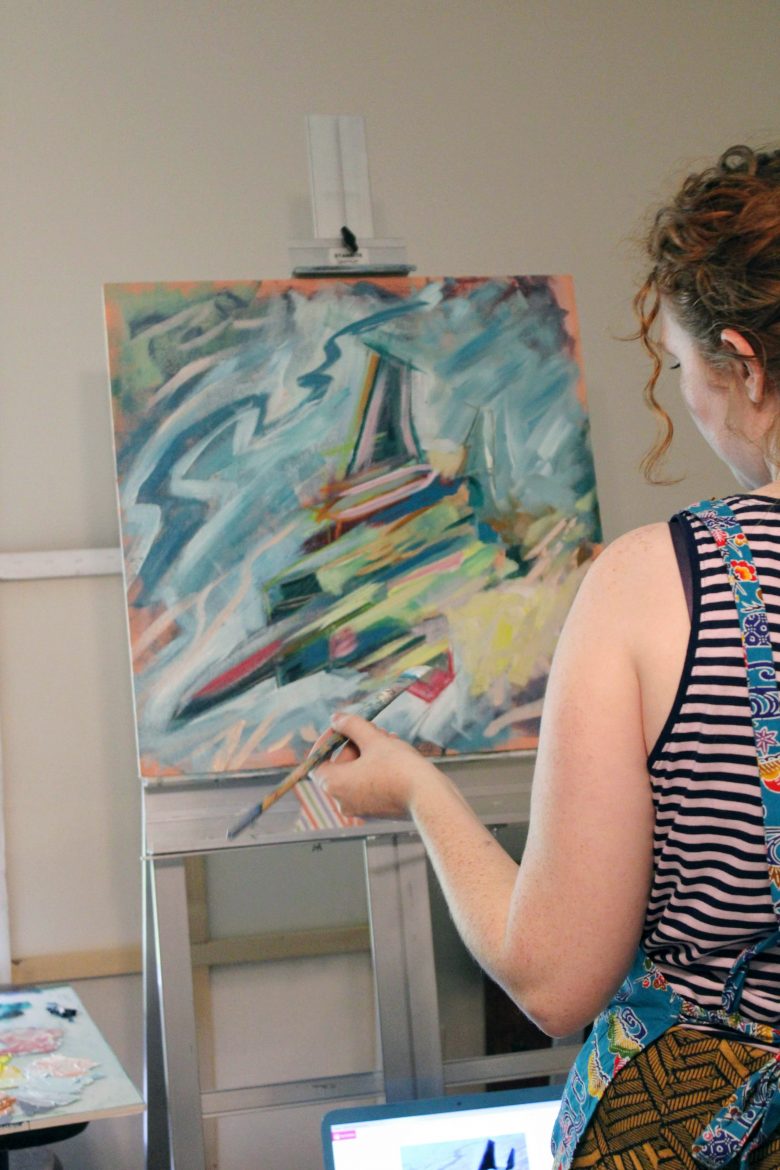 Your current work seems to straddle ideas about evolution and religion and the representation within today’s art culture. What inspires you to explore these topics?

Yeah, I’d have to say there are several different things inspiring me to look at evolution and religion within a contemporary context. For one, there is not much of a dialog anymore about religion except for in a negative light. We used to be so open about prayer and worship with other people in our community. Now granted, in America, it was specifically only Christianity getting any positive press. I do think this should have applied to all religions. Now it’s so much more segregated, a very if-you-don’t-pray-to-my-specific-version-of-God-then-I-don’t-want-to-associate-myself-with-you-because-you-are-wrong attitude. In my lifetime, we even hit a point where people hate others because of their religion and I got to see this as I grew up. I’m hoping that my work can start to let people be more open about who they are and what they believe without turning to anger.

I actually grew up in a very conservative house along the Bible belt, so I grew up believing many things that I don’t today. For example, that evolution wasn’t real. However, as I grew up and started to really look at paleontology, I found myself really shook by the discovery that birds were the direct descendants of dinosaurs. There were these magnificent creatures that once ruled the planet and now they are an everyday site taken for granted. We no longer recognize them as the amazing beasts they used to be. I came to this realization that there were so many similarities between these birds and our current attitudes toward religion, especially if that’s different from our own.

“If we continue this attitude of hate toward something we choose to not understand, we are no better than beasts. We will fight, we will hurt, and eventually, we will fall.”

We hear you have a monthly viral meet up with some of your art peers from college. It’s so difficult to stay connected to a group of artists after PCSing. Can you talk about the importance of maintaining these relationships and how they have influenced your art practice?

Right after moving, I suddenly realized how much I missed being able to talk openly at any time about my art with someone who was equally invested in theirs. Surprisingly, I found out many of my fellow graduates were feeling the same way. Luckily, my friend Dana had put together a monthly meetup near our old college. Now obviously I couldn’t go – I was in Texas – but I reached out and asked if it was possible to try live video chat. Dana was more than obliging and it was so great to finally see what everyone else was up to.

It’s still a little difficult because they have to see my paintings on a laptop instead of in person. So they don’t really get to see the brush strokes or “feel” the piece. But it’s just nice to have another artist acknowledge that you are also an artist working and trying your best. Sometimes that’s all I need to tell myself to keep going.

I would say the best resource I have would be the friends I made in the studio. it’s so important to keep those connections you make when you’re surrounded by people who love art. I had one friend named Zain, and she was beyond talented. However, she now lives in Bahrain and it’s not exactly easy to go see her. We’re using WhatsApp to connect again, and it’s really great. She and I can talk a little more technically than I could in a group setting and really get into some deep conversations about our current projects.

So I am a natural-born redhead living with my husband and two cats. We have this funny, quirky kind of relationship traveling the line of teasing and love. Garrett and I started dating our senior year of high school and ended up maintaining the relationship through college. We got married shortly after my graduation, and I moved to our first station a month after that. He actually had to leave a day and a half after our wedding because he was already at Laughlin Air Force Base.

I’ve got to say it was a rough welcome into the Air Force. We were literally 10 mi from the border of Mexico and the nearest big city San Antonio was a two and a half hour drive. If I wanted to go to Walmart or eat out, it was at least a 40-minute drive there and back. Let’s not even get into the stresses of going through pilot training. though it was really rough to be so isolated from everything I had ever known, I can’t help but be grateful for my time there. It’s really lowered my expectations for what a base should be like.

So now we are all at Seymour Johnson Air Force Base while Garrett is learning the ropes on the F-15E. I am totally happy with where we are. The community here is very tight, and I feel like I’m finally making friends. Even if our next assignment isn’t here, there are only two other bases for his frame, and they both sound awesome. There’s a comfort in knowing that I can take whatever is thrown at me now.

So my life motto is, “Half of life is just showing up, the rest is speaking up.” Just being at a certain place can create opportunities for you that you wouldn’t have somewhere else. That’s definitely true for the military. Be proud of what you are, tell everyone what you do. Nobody will know unless you tell them.

“Half of life is just showing up, the rest is speaking up.”

Here, I’ll give you an example. Right after we moved to Seymour Johnson (like the day after), I found out there was a scholarship auction for military dependents. I took the opportunity and offered to donate a painting of a plane. I had never painted a plane before this, but it was perfect for this event. Not only have I received inquiries and recognition because of that donation, but it also taught me that I actually like painting planes. It’s something I’m definitely going to continue in the future. Actually, right now I’m working on painting a ceiling tile for our squadron’s barroom because of that auction.

How would you characterize your artwork?

Currently, my art has this surrealist influence mixed with a little German expressionism but also Venetian Renaissance Art. I know it’s a lot, but many of them overlap with each other conceptually.

Venetian Renaissance art is characteristically very colorful and ripe with the symbolism of the Catholic faith.  So in my painting where I reference “The Last Supper,” Jesus is represented by a pelican. Pelicans in art history were used to represent the sacrifice of Christ because they were thought to be the most selfless. It was believed that pelicans would prick their own breasts and feed their offspring their blood if they were unable to provide food for them. You can actually see this on the Louisiana state flag.

The surrealism component comes in when I represent a specific saint or another religious figure that doesn’t historically have a bird already associated with them. I’ll do research on the person to try to figure out their personality and find a bird that I think visually best represents those traits.

I would have to say my brushwork is most influenced by German expressionism as it uses dramatic bold strokes to represent feelings and visually carve out space.

All of those art movements use intense color almost to the point of being obnoxious. I am also guilty of that. But I can’t help but think how much more interesting my paintings look than if I had tried to go for realistic choice. It can make a subject that would otherwise be really boring suddenly become interesting. 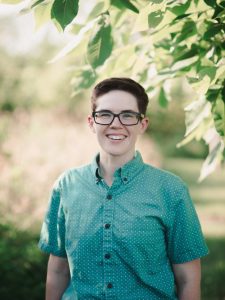 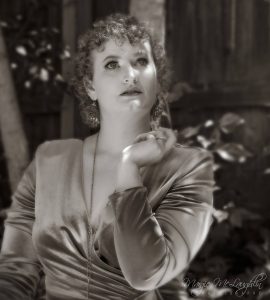