An Interview with MJ Willis 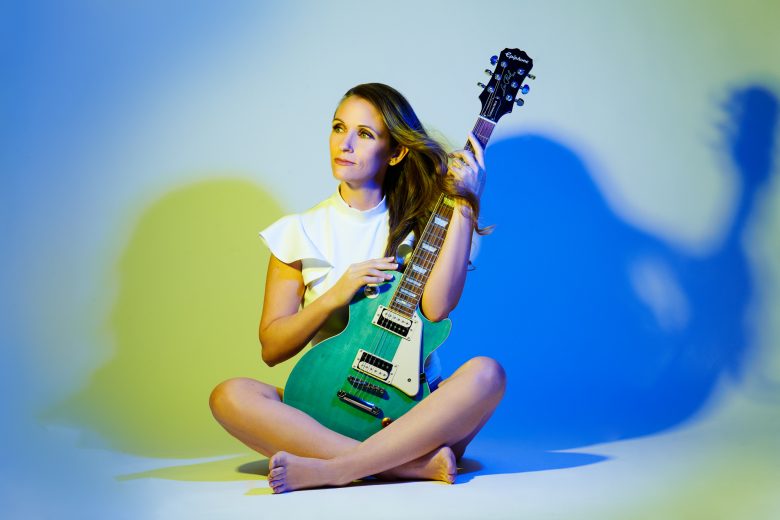 How many of us have said, “I wish I could _________” or “It would be totally awesome to ___________” (fill in the blank with your artsy goal)? Well, Air Force spouse MJ Willis is living the dream as a real life rock star. She inspires others to act upon goals that seem too wild to ever come true. Faith, courage, and communication can help make those dreams materialize.

MJ: Today you can find me just a half-hour from Washington D.C., but 20 years ago, you could have found me shopping at the commissary on Fort Ord, in California. This is where our first son was born. Enlisted in the Air Force, my husband’s assignments took us to San Angelo and San Antonio, Texas, where our second son joined us. Next, we called Eagle River, Alaska our home. It was the most beautiful place for me to weather a breast cancer diagnosis and treatment. After this, we separated from the Air Force and both went back to college, where we had met in 1998 on my 18th birthday. During this return to college, our daughter and then our third son were born.

After just 3 years out, we became a military family again, this time with the Army. As a Chaplain’s Spouse, I had the opportunity to assist in profound ways behind the scenes. After a three-year assignment at Fort Drum, New York, and another stint in San Antonio, our fifth child joined us at Fort Bragg, North Carolina. Currently at Fort Belvoir, Virginia and heading to Fort Leavenworth, Kansas this Summer, the epic continues. As our military years begin to count-down, my husband has transitioned into a field that will better translate to a career outside the military. With two deployments behind us, we look forward to seeing the next chapter unfold.

MilspoFAN: How did you become a musician?

MJ: The first song I learned on the guitar was “Leaving on a Jet Plane.” I picked up the guitar my freshman year of college and have been playing ever since. However, I started writing songs when I was nine years old. My grandmother gave me a few piano lessons and helped me write the notes to my little song on staff paper. Going through this process at such a young age made the art of writing songs natural and unthreatening.

Since college, where I met my guy, I have written him a birthday song each year. Like all compilations, some songs are better than others, but they were each received and given from the heart. After spending years as a living room musician, last year I responded to a Craigslist advert for a start-up all-mom band looking for guitarists. I auditioned and suddenly I was in a rock band.

MilspoFAN: Describe for us your creative work and the type of music that speaks the most to you.

MJ: The songs I write are mostly on the acoustic guitar and piano – singer/songwriter style along the vein of Jewell or Regina Spektor. They are mostly autobiographical in nature and speak to the normal but profound experiences of life. When I’m running, or driving, I like to listen to my Pandora stations: Twenty One Pilots, Lumineers, Simon and Garfunkel, Nature Meditation Music, and Lana Del Rey. The music I play with my band is pure rock, playing covers like “Zombie” by the Cranberries, “Doll Parts” by Hole, “Fade Into You by” Mazzy Star, and “Just Like Heaven” by The Cure. We also released two originals last year, MANSTER! and Better.

MilspoFAN: How has your role as a military spouse impacted your work as a musician – creatively, logistically, or otherwise?

MJ: Life as a military family is rich with variety, firsthand and secondhand traumas, community, and opportunities to grow. This has enriched my work as a musician. It has also been, at times, creative sabotage as this life so often uproots and gives little time to grow relationships for collaboration. This life has taught me to take advantage of opportunities quickly and this has made all the difference.

MilspoFAN: How did your breast cancer diagnosis in 2005 impact your creative practice?

MJ: I was 24 when I was diagnosed and treated for breast cancer. Through this, I was forced to be brave. There was no escape regardless of the treatment plan I chose or refused. Bravery was required. Returning for another surgery, or another chemotherapy treatment, again and again, were practices in resisting the urge to hide from pain and fear. This motivated me to continue to fight my fears in other areas, including the fear of performing in public.

MilspoFAN: What’s it like being in a rock band when you’ve all got children? Are you all the COOL parents? How do you keep it all together?

MJ: When you think of a rock band, you probably think of drugs, irresponsible lifestyles, and eccentric fights that threaten to break up the band. MAAM (Moms And A Man) is made up entirely of parents. We know how to communicate, support each other, clean up after ourselves, and call an Uber. We are terribly responsible and kind as we shred out hard-charging music and express important messages.

I guess you gain a certain “cool” factor by playing gigs in a rock band, but the focus is not so much on being cool, as it is living authentically. It’s not just telling our kids that they have a voice and that they should share it. We are showing them how.

MJ: I’ve been going through a book called The Artist’s Way over the last couple months which has helped me to strengthen my creative direction and voice. I also have a room in my home with my piano (it’s electric, which has been good as we have moved it 14 times over the years), amp, guitars, music stand, and original art on the walls from our friends. Having this space set aside makes it easy to just pick up the guitar and play, instead of the extra steps of getting the instruments out. Sometimes those simple steps become a barrier to ever picking the instrument up.

MJ: I attend open mic nights, I go see bands playing live, and I let my friends and family know my goals. I don’t regularly check Craigslist. However, when I moved to Virginia, I let my friends and family know that I had two goals: one, to start a band, and two, to make deep friendships with women. When we share our goals, people want to help. When I had lived here for about 6 months, I got a message from my niece that said, “I saw this ad on Craigslist and thought of you.” That’s all it took. But I would have never had this opportunity if I hadn’t shared my goals.

MJ: I recently requested and was accepted for an internship at a local recording studio. Over the next few months, I will continue to learn more of the intricacies of the professional recording process, and I will spend some time in the studio myself. I’m also taking the next step toward sharing my own music publicly by recording and getting my songs onto Spotify, iTunes, etc.

MJ: Do not wait until you are “good enough” to share your work and begin. We inspire one another by sharing our process. As we share vulnerably, it gives others permission to be brave too.

Below is a YouTube video link of a song I wrote a few years back as my Chaplain husband was preparing to perform his duty as a Casualty Notification Officer. The Soldiers highlighted in this video all have connections to us personally. The sound quality is home-spun, as many artists begin. My goal is to re-record many of my songs for quality, release an album in the near future, and create more professional music videos. 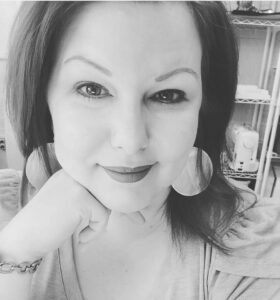 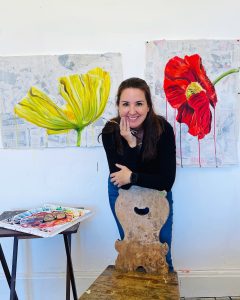